Why are Blackmagic cameras ever accused?

Unfortunately, the web tends to be always provocative, accusatory, and it always seems that the world is full of flaws.

The funniest thing is that people who don’t own a product tend to blame the product itself. It happens with phones between Ios and Android, between photographic brands, and videos.

I wonder why many people often accuse the short lived batteries the Blackmagic Design Cameras, which are unusable cameras, that it’s impossible to work or shoot videos in that way …
just over 40 minutes and if we also attack an external drive just over 30 minutes … what stuff … really unusable …

To have a full HD display always active, a sensor that captures in raw 13 stops of dynamic range and maybe also feeds an external SSD and more …

All this in a world where all the other cameras shoot for hours with the same battery, right? Or, not?

It is curious that no one ever asks a question, such as how it is possible.
that the other cameras, not having to feed huge displays like that of the pocket4k / 6k, not having to record such large amounts of data, not having to power an external disk, last as long or less than the pocket itself …

The Covid19 forced the world to accelerate so many procedures, forced the technology reticents to adapt, to learn what by laziness they avoided, unfortunately this created a thousand problems not only for those who were not ready, but also for those who were ready not to be equipped at home to manage connections for school, work etc.

Not everyone has a good webcam, and it’s useful to have it for both smartworking and OnLine lessons, but good webcams (according to specifications) cost hundreds of euros and often the video quality is not as amazing as they are described, while nowadays we all have in our pocket a discreet or great room in our Smartphone.

Going to the Kinoni website you can download the driver to use your smartphone as Webcam, after installing the connected app on your iPhone or on your Android. Without spending a penny you can use the free app to do the tests and if you see that it is the optimal solution you can as less than 10 euros buy the paid app with more control, resolution up to fullHD, use phone audio, etc. 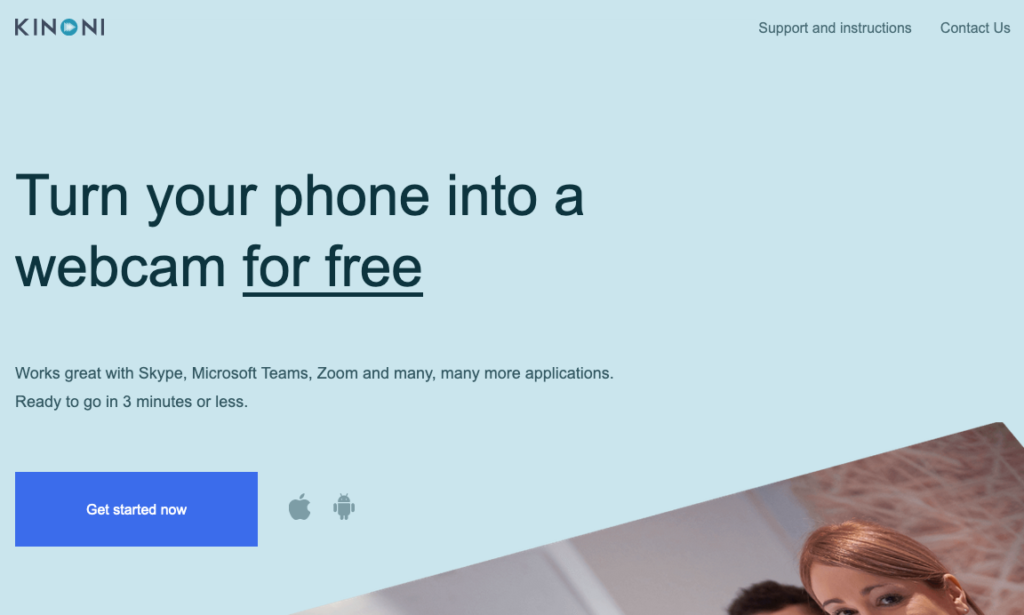 From the site you download the driver Desktop
https://www.kinoni.com/

To test, you can use the free app IOS

To use all the features there is the full IOS 8.99 app

To test, you can use the free app Android

To use all the features there is the full android 5.99