I pay for it, it’s definitely more reliable

This post comes from the fact that I do not know what to do while I am observing a semi-infinite list of files to convert, in an openSource program because the commercial programs that I pay almost 1000 euros per year subscription for the umpteenth time have resubmitted the bug of the VBR…

In short, when compressing video files with technologies derived from the logic of the gop, group of picture, you can define a tot of data per second, constants (so value / n frames per second) or variable value according to the content (Variable Bit Rate), now all recording systems use this second option because it optimizes quality, space occupied, device management in general.

for some years (from 2015 in particular) a well-known suite has a recurring bug that randomly disappears and reappears, so if we take a VBR file, we put it on a timeline, or we do convert it in a batch format the resulting file will have the audio that will go out sinc in a completely random way, because it seems that there is some problem to keep the synchronous audio video between frames and images. Even if you export only the audio and reimport the resulting wave, it will no longer be synchronous with the original files.

The embarrassing fact is that instead a whole series of free/opesource products do not have this problem. And the only solution suggested by the same company is to convert to a DI format or even the same compressed format and then edit it…

When I was paying for the perpetual license, the encoding and decoding codecs were licensed by the German MainConcept and these kinds of problems did not exist, today they update every 6 weeks the software, every three times there are notable bugs like this.

Solution 1 : Use software that uses its codecs to convert to a Di format that does not generate the defect

Solution 2: Leave the suite and move to more stable products

If you can, follow route number 2, otherwise look for one of the many ffmpeg interfaces and solve with it the problem of conversion. 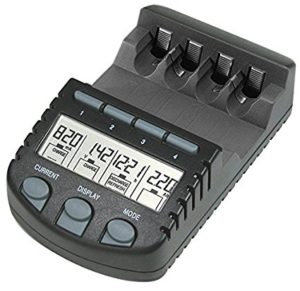 The batteries we normally use with computer and filmaking are based on lithium-ion technology, a technology that has seen so many evolutions in recent years.

There are many myths and legends that are grounded only in the first versions of lithium-ion batteries, modern batteries have fewer problems than previous technologies, but of course they have time limits of life and a maximum of charges and recharges, so good use of batteries and good maintenance is a good habit to maximize the yield and especially the lifespan of batteries.

Without going into the technician, a battery is charged when it has a potential difference between positive and negative of a certain value.
The battery expresses its potential in Volt and amps, so when it needs to be charged it will apply some voltage and a certain amperage to restore this difference in potential.

During the charging phase the device / battery “asks” the charge and the charger “offers” the power charge up to its maximum charge value in Volt/ Ampere.

The life of a battery

The duration of the ability to retain and dispense the charge is determined by a number of factors:

Batteries have an almost finite number of charge and discharge cycles, which normally outpace battery life, so we don’t have to worry about how many times we’re going to charge a battery. A common number of cycles is around 1000 cycles up to 8000 charging cycles for some high-quality batteries. Assuming you use the battery every day, charging it every day you could charge it for about 3 years without affecting the battery.

The heat is his enemy 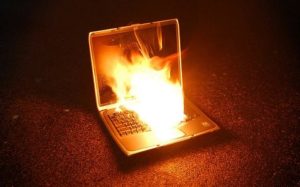 The heat generated by the charge/discharge or the heat outside the battery-powered device battery, affects the quality of the chemical elements contained inside the battery and their ability to work.

Many people treat batteries badly, abandon them in the cold, in the heat, and all these operations have a clear impact on both the performance and the duration of the battery charge.

When we load a 12v battery we can use a 12v 1 amp power supply or 6v 2 amps, the difference between the two cases is that with a larger amperage we can accelerate the charge, but this generates more heat, which is not good for the battery and could give damage to the wiring. So using fast charging could wear out the battery’s ability to retain power. I use the conditional because this wear is determined more by heat generation than by chemical damage, so it depends on the situation, the charging system and the management of the charge. Many chargers contain charge control chips that monitor the situation and handle the outgoing amperage.

The only real flaw in lithium batteries is that they have a limited lifespan, so it’s important to know the date of battery production because as time goes by the capacity will go down physiologically, so even when we buy batteries for the devices it is important to check the date of production.

So summed up to properly store a battery the best strategy is:

The disease of sharpness Perception is the art that should be mastered when facing creations by image, from illustration, painting to photography and "motion picture"; I use the English term because the closer it gets to the concept of what they are, that is, moving images.

Before home recording systems and the ability to review images, people's taste was linked to concepts and content, while as home viewing systems spread over the past 40 years, there were gradually false needs of higher quality and sharpness created by marketing than by the real demands of the average viewer. , who watches a movie in the theater screened in Imax, or poorly streamed on the 4-inch cell phone, and forgets both with the same speed.

The obsession with sharpness faced several stages, in the 80s there was no means to have real sharpness due to the limitations of the video media that captured the images, and the film was often too expensive for video makers (at the time they could not be categorized as a filmaker precisely because the video, the tape, were the main working tool for those who narrated for low-cost images).

In the video the sharpness did not really exist, both because the amount of information that can be recorded even on betacam tape (cameras from a hundred million of the old lire) were really few (according to today's reasoning), both because the lenses were calibrated on that type of sensors and recording capabilities, and because the dynamic range of those sensors ccd, although good , it did not allow to side with information that generated a certain level of contrast without losing intermediate information (flatten the whole thing).

With the introduction of Digital Video, several digital image "improvement" systems have been introduced, including sharpness, a digital contrast mask that increases the incisiveness of some details, but in a flat way… that is, since they are simple systems of image manipulation, sharpness increases the local detail of neighboring and farnt objects, and therefore the effect becomes annoying and artificial, see the article on the effect of telenovelas.

With the improvement of technology and resolution, video images grew a lot, but the obsession with sharpness (of technicians) always involved this video effect (sharpness) that always made the filmakers turn their noses up until… cameras came.

The very recent introduction (2008) of dslr videos made a remarkable leap on the rendering of images, precisely because it was referred to as pasta, a less clear (not blurred) but natural image of the cameras that offered even in a compressed signal of the most cinematic images, but with the advantage of dynamic range of photographic sensors and often with interchangeable lenses less "wide like" which were the two achilles heels of the cameras.

With the spread of digital cameras all these elements have become available and disseminated at all levels of purchase, but there is always this obsession with sharpness on the part of the Pixel Peeper, who look at every frame enlarged 300%, looking for all kinds of defects as if they were those who were the real responsible for the quality of the product.

Sharpness seems never to be enough … too bad that too much sharpness CAUSI a number of not negligible problems:

Many filmakers confuse static photography with moving image and insisting too much with detail risks diverting attention and content. The dslrs exploded thanks to a greater softness of image while remaining detailed.

Of course, on the one hand there are physiological laws where a perceived image in a way has a rendering, on the other the personal taste where the viewer wants more "what I like".

If you increase the sharpness of the images you have to increase the framerate captured and reproduced, it is a physiological law, otherwise the images will have a thousand problems, because our brains and our eyes work in this way, and as far as the detractors, the technicians speak, have not yet upgraded these two devices 😀