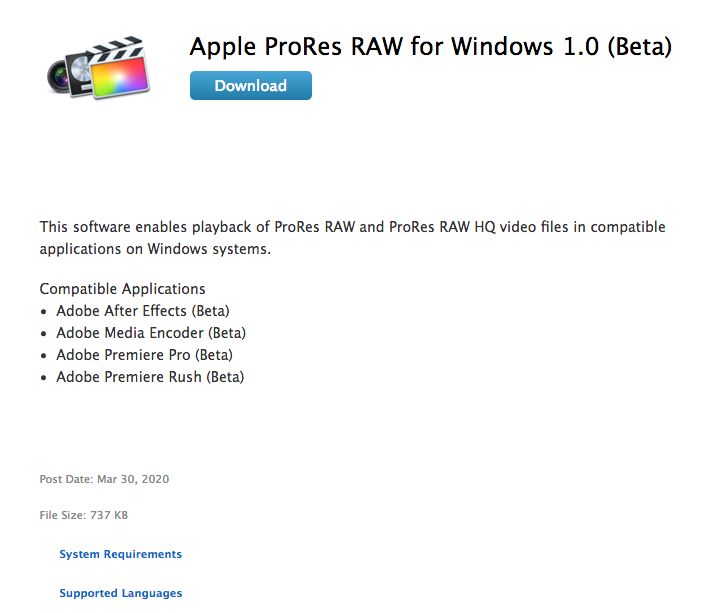 For almost a month now we have been locked in the house for covid19, there were too many dead and it is now clear that we leave the house less as possible.

I see mass hysteria because people do not know what to do, they are not able to be alone or organize their time, because for too much time they used the excuse of not having time to waste it in organizing to use time.

Far be it from me to judge the lives of others, everyone has their own problems, their own points of view, I prefer to go in my direction, constructiveness and transform this moment into a moment of recharging, updating and organizing one’s life, before and after Covid19.
We turn this disaster into an opportunity to improve ourselves or simply do those things we always said we would do as soon as there was time.

Most people had a routine that included going out, shopping, time spent outside and at home with friends, something we can’t do right now, and the sooner it gets into people’s heads, the sooner we can relegate this period to history…

The first thing that most people lose is the perception and use of time.

Going out for personal routines, from going to work, to the studio, buying the newspaper, going to the bar for a coffee with friends, were all elements that served to scan the time. Now obviously all the procedures must be revolutionized and therefore it becomes more complicated to manage “all this time” or maybe not -D.

Well today the work is done, we will see in the next few days to update the post, with other posts that help and complete all these tasks.

ps the main blog is in italian, during translation i add and link other posts to this post, if you need you can check the blog by google translate

In this period everyone is urged to exercise and do cleaning, also applies to the computers and equipment we use every day.

Trivial but important procedures are often overlooked. In several articles I have talked about the importance of backups and their organization, so I refer to those for backing up work data, personal, email and all the rest.

It’s amazing how no one or almost cleans the keyboards properly, and as they are (badly) designed, it’s often difficult to actually clean them without disassembling them.

From many years keyboards have been created with aesthetic design in mind, often not functional design, in fact they are linear and not arched, only a couple of Logitech products of the past were developed at an arc 90 degrees to avoid damage to the wrist and forearm, aligning the position of the wrist with the key line to press, but they were too intelligent and were abandoned, now they only pretend with small aesthetic folds, which by bending the wrists increase the turnover of surgeons specialized in wrist and carpal tunnel. 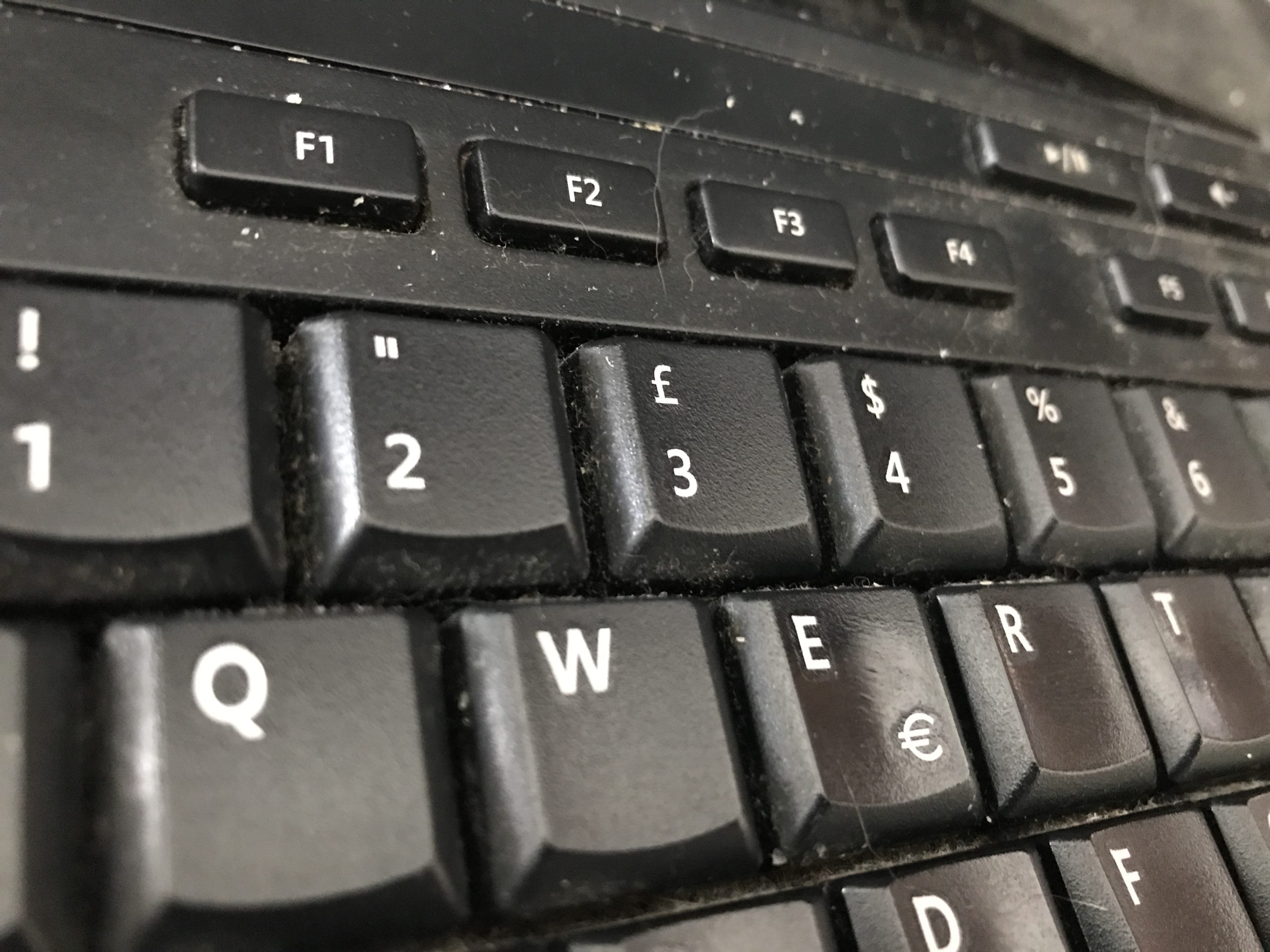 No one thinks to favor cleaning, indeed, compared to the keyboards of a few years ago that literally you could remove 4/6 screws, extract the electronic card, and all the plastic parts could be soaked and cleaned and sanitized properly, today they are not removable, full of folds and corners and undercuts ready to collect dirt, bacteria, and many other things.
Even the declared anti-dirty waterproof keyboards have undercuts in which bacteria can accumulate.

There are cans of compressed air, which spray away the lightest dirt, but not the bacteria etc, and if like me, you are allergic to dust and mites is not the best solution.

Computers having multiple cooling fans carry air inside them and with it dust and lint of various kinds, if you have animals like me, two cats and a host dog 345 days a year (some days is also at his house), inside the computer despite there are air filters, you will find a lot of garbage that needs to be taken away from every 2 weeks to once a month.

The reason many computers have problems is related to overheating, often caused by obstructions of air ducts and/or accumulation of garbage in front of fans causing actual slowdowns or blocks of air circulation.

Cleaning a classic computer is not difficult, you take away some lives, vacuum cleaner and take off the extra dirt. The greater the investment in the houses the easier the cleaning will be.

In a couple of minutes it opens, you remove the filters, I can pass them under the water to clean them, and the time they dry I can put them back in place without effort or complication.

The investment (not too demanding compared to any other good house) is rewarded by the simplicity in doing maintenance and especially in the protection of my investments, that is, video cards that remain well aired and vertical, not horizontal compressed on top of each other as in any other case, avoid overheating while working hours and hours for renderings, allowing a longer and more efficient life.

The image is a tribute to the finale of the Raiders of the Lost Ark, where the artist Michael Pancrazio painted the mattepaint where later the scene of the character that brings the ark chest to the secret warehouse was composed.

Why is equipment cataloguing important?

Over time the filmakers, but not only them, accumulate a certain amount of tools and objects to work, and often not only out of necessity, but also for personal passion, myself included.

Having a list of the tools in the Excel/Openoffice/LibreOffice table to be able to reorder products in various ways is important for many reasons:

It's in people's heads…

As they say, a picture is worth a thousand words, and a thousand calculations, I thought direct reference images were the best answer. 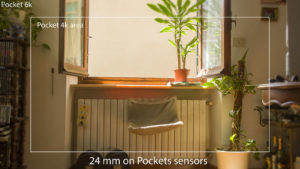 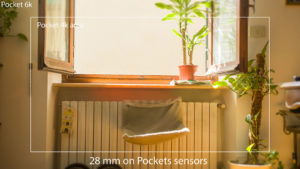 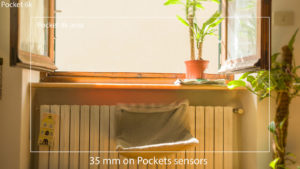 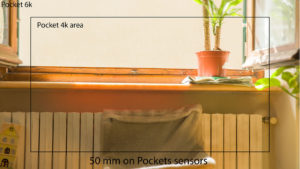 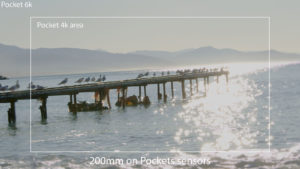 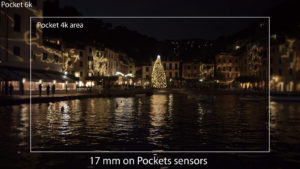 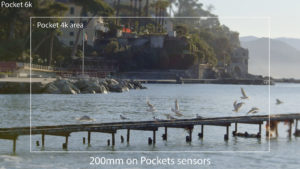 Placing the easel 3 meters from the photo window these images show that the difference of crop is not extreme, it is not a real problem as so many go to demonstrate with so many absurd calculations.

As you can see in these comparison shots with several fixed focals 24-28-35-50 in an interior is not so dramatic.

Also since there are so many features in the narrow places (and 3 meters are not many) I thought it was useful to create a simple scheme between the two rooms so you see how the crop system is less important when we are up close, because the angle difference is less compared to being further away from the subject, but if you are further apart, you can move to compensate for the shots, so it's a false problem.