Support these strangers, how fast do I need? 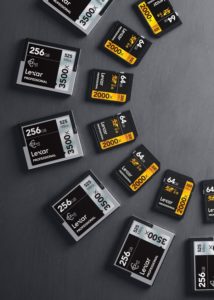 Too often I hear and read about problems recording files, both photographic and video, associated with incredible technical bestiality, both because there is so much misinformation, and because they are often topics dealt with very superficially, which causes problems working.

The disturbing thing is that often even companies are not prepared to answer trivial questions, I still keep an email from the technical support of a well-known Company regarding the request for a list of SD certified for the registration of the 400mbits data stream of their room, they will have tested it somehow since they released the demonstration videos, but no one knew me to give list of certified cards to get such results , and I certainly don't spend hundreds of euros on useless cards to do the tests for them, as suggested by the assistance.

Why do I need to have fast support and what happens when I use more support than I need?

Since with the choice of the card we are influencing a large part of these elements of data write speed management, it is important to make the right choice, because if the chosen support is the optimal one we will have a number of advantages:

On the contrary, if the device is not adequate we may encounter the following problems:

how do I choose the right card?

The first limitation in card selection is that manufacturers often offer confusing and biased data to deceive the casual buyer by providing unclear or often unclear or often indicative acronyms and indications of only part of the data:

Often when you see the speeds written on the cards we talk about the reading speeds, not the writing, which we are not interested in writing files in recovery.

So it's important to know how to read the acronyms, check the true writing speeds of SD cards to avoid surprises while working.

how do I choose the right ssd?

Today, several chambers use ssd for data recording, or through CF2 to Esata adapters transfer files to SSD. The same rules as SD cards also apply to CF and SSDs, indeed there are also more hidden dangers, because often the declared speeds are docca, that is, obtained only by hardware tricks, but only when they work on a computer, while when they are connected with a direct recording system these elements do not work.

Too many users overlook the fact that there are controllers, buffers, and often tricks to reach peak speeds that will never be maintained during continuous file recording.

Ssd producers often change the internal memories of ssd without changing the acronyms, so ssd discs tested last year contain different, less efficient, less rapid memories than those tested in the past.

Each disc is a story in its own right, the different sizes of a disc offer different performance because they change the controllers, the type of memory, and often also the way the discs are filled, so there can be inefficient 256 gb ssd, but the same 1 tera cut disc is perfectly usable and compatible with the highest writing speeds.

Obviously the ssd manufacturers test the ssd to use them in the computer and therefore it is not illegal to declare certain performance, because on computers they can reach 480 mb/s when in fact connected to a normal sata interface make at most 130/140 mb/s constant, because the rest of the performance are peaks obtained with data compression and transfer from one controller to another.

For these reasons, the lists of certified media are very short and limited to certain brands, discs, and particular sizes of these discs.

Always buy certified media from the parent company of the room, and/or check the support before a job with multiple footage, both with continuous shooting until you fill the disc, alternate footage, lights and camera shutdowns etc etc.

I had experiences of records that for declared speeds should have supported continuous raw recordings, when in fact they struggled with recordings in high quality DI formats because they were just peak speeds and nothing constant.

This website uses cookies to improve your experience while you navigate through the website. Out of these, the cookies that are categorized as necessary are stored on your browser as they are essential for the working of basic functionalities of the website. We also use third-party cookies that help us analyze and understand how you use this website. These cookies will be stored in your browser only with your consent. You also have the option to opt-out of these cookies. But opting out of some of these cookies may affect your browsing experience.
Necessary Always Enabled

Any cookies that may not be particularly necessary for the website to function and is used specifically to collect user personal data via analytics, ads, other embedded contents are termed as non-necessary cookies. It is mandatory to procure user consent prior to running these cookies on your website.