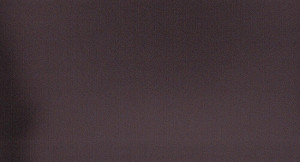 In an increasingly fast-paced, more hectic world, it seems that upgrading products is essential to work, indeed indispensable and if you stay behind it becomes a problem…

there are hardware manufacturers such as in the case of mobile that even force the upgrade to new firmware and SO by automatically downloading them on devices, taking up space, creating false system errors at the exit of the new os to "unintentionally" cause the need for reset to update the system, and often preventing it from going back, or bringing the user to need to be a super geek to go back. I personally witness the problems caused by two leading companies in the sector, that by resetting the devices to the previous system by hacker methods (because for one of the two there is no way to downgrade, indeed it is blocked by the company's server), you restore functionality perfectly, and to clean device, if you do the upgrade you block or slow down or make the product useless.

Now if you are here is to talk about cameras or cameras, already in the past I have dabbled in the hacking of the firmware of panasonic thanks to the tool made by the Russian hacker Vitality, both using presets already made including the famous Flowmotion, or creating variants on my own, to optimize the rendering of the panasonic GH2, excellent vdslr that with hacking was able to compete with cameras much higher.

Today we see that not always an upgrade equals an advantage. I have long switched to digital cameras, in particular Blackmagic Design, I have evised pros and cons in other articles, and I have expressed my thoughts, then depending on the needs and tastes may like it or not, for my needs are close to perfection, and for the cost that they far exceed the results.

Taken a year and a half ago, when there was still a very basic firmware, slowly with realase increasingly sophisticated firmware the machine has become a reliable and quality production product.

Recently having needed low light recovery, I noticed a defect that I had not noticed in the past, because there was no…

having filmed her granddaughter in the dark, or rather illuminated only by the light of the kitchen TV, so almost in the dark, I noticed a black halo on the left side very dense, and on top of a similar thing, but less intense.

Immediately I became restless, I did some tests at different levels of light, and the problem arose in the absence of light, where pumping in the post the signal (of 5 stop) of an image taken with the cap, was highlighted as per jpeg.

Sure it wasn't before, I started doing some research and I met a post right on the BMD site, related to this problem with the new firmware…

after doing some experiment, with a lot of patience (changing the firmware on the camera takes about 15 minutes each time), I found that depending on the firmware the result in low light was different.

hows 5stop – a slight form of banding, absent in the presence of light signal. More than natural on such an image. 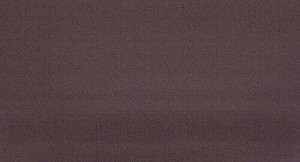 to a version 2.0.1 features a slightly more pronounced banding

version 2.4 that introduces theoretical machine optimizations (I would be inclined to think otherwise) and only adds guides for the 1.84 and 2.40 formats to the screen, which I can use those of the external monitor, or the dear old acetate sheet with the marks on the control monitor, I can avoid at the foot.

so I conclude that to date, being always up-to-date is not good at any cost, and that you have to know how to look back, because what I would immediately trace back to a hardware defect, is actually related to the software of the machine.

Now I already imagine that the detractors of the BMC are already ready with comments of outrage, but I stop them informing them that the first Alexa I tried, machine that costs 20 (twenty) times the bmpc4k on release was in the following conditions :

so this post not to complain about the problem, of which BMD has been informed with great detail, but to provide a solution to those who have to solve on the fly, that is to go back to firmware 1.9.5

I want to remember that in life those who complain in the wind, waste time
those who are engineered and evolve, go ahead and solve 😀

Because I like prime lenses, and I still bought a couple of zooms…

Let's start from a practical optical physical assumption : fixed lenses are on average qualitatively better than the focal equivalents inside a zoom, for fewer moving lenses, sum of lenses, control of the same etc etc, and they can be brighter with a low cost anyway.

The zoom lenses on average are more "slow", less bright, but often stabilized, which in the fixtures is much more rarely found, and have the advantage of being able to offer more focal with the same lens.

If I'm in the beginning, what should I choose?

I am old school, so for the beginnings better to start from fixed lenses, so with a low cost you can buy fixed lenses, even vintage, good quality, bright, and that teach the grammar of the framing and the focal, which in the zoom all seem to become blind in front of it.

But if I want to have a zoom?

A zoom requires to have quality a discreet or a great investment, for many reasons. A good optical quality zoom costs, if you also want a bright zoom, the cost goes up by up to ten times the price of the base zoom, but you have what you pay.

Zooming means having more focal points (bright) available with a stabilizer that helps me in machine movements or if I have to do hand shots.

Why shouldn't I zoom in at first, even though I can buy it?

because there are shooting principles that you don't learn when you have a zoom!
Practical example:
I have the hat-trick of lenses 35-50-85mm with which so many masters from hitchcock to others have made entire movies, I have to make a shot and mount the 35mm, then I move with the camera back or forward to find the correct framing of the actors, I'm careful how I place the camera, how I compose the frame because being fixed the focal, what is inside and what is out of the field.
The fixed lens forces me to think, decide, not move the zoom lever at random to keep everything inside the frame.
The fixed lens leads me to decide which focal point, and therefore what kind of appearance and aesthetics I apply to the frame, because the different focal lengths alter the perspective and consequently the final image.

What does zooming do me do?

I place myself in a spot and I play with zoom, lay and squeeze, and I do stand everything I need less inside the frame, I do not think about the fact that changing the focus I am changing the aesthetics of the frame, that the perceived speed of movement of objects on the side of the screen changes, at the allege or narrow and away… zooms in and cements the camera in one position because there seems to be no need to move.

So should the zoom be avoided?

no, zooming is comfortable when you know how to choose a focal, when you have to bring less lenses with us, when you need a stabilized lens and the fixed that we have is not.
Of course a good zoom costs, if the classic zoom from kit 18-55 3.5-5.6 costs a hundred euros, a zoom brighter and more serious as the 17-55 2.8 constant costs 1200 euros… but it's worth them all, in sharpness, quality, brightness, robustness.

I'm very pragmatic, those who start shooting should not use zooms, to learn how to choose, to frame, to build framing, to always think before pressing the button, it is a great school of thought and work. Not to mention that if you think about cinema, zooming except for particular special effects is almost never used.

So why buy a zoom, especially if expensive?

So what should you choose?

neither, or better, it would be better to own both… space, budget permitting.

Personally over the years I have made my set of prime lenses, Nikon lenses vintage Nippon Kogaku series, that I like for their particular rendering of light, a single coating that in the backlight does not completely filter the light, but just softens it, which makes the images less aseptic and with a different character from modern ones, in the most cinematic use I am led to use these lenses that cover me from 24mm to 85mm which are the classic focal points (24-35-50-85mm).
To them I join for practicality and pragmatism a pair of 2.8 constant zooms, to cover with 17-55 all the focals from the medium-pushed wide angle (17mm) to the normal (55mm), while complete the whole thing with the 70-200 IS II 2.8 constant all the other focals up to the pushed wide angle. So that where I need stabilization with the moving camera I know I have excellent lenses and stabilized more than effectively. Of course this is a set that has its value, but as for a photographer, the machines change, the lenses normally remain…